Molly and The Bear Attack

In late July on a Whistler trail, Molly and her owner were surprised when they encountered a bear making aggressive noises who then charged towards them. The bear pinned Molly down by her throat.

The owner tried to distract the bear to no avail – it disappeared in the bush carrying and shaking Molly by her neck. The owner thought Molly dead, and walked back to his truck only to find Molly there, albeit bleeding and going into shock.

Molly underwent two emergency procedures that night in Whistler and the owner had been nursing her at home for a week when we heard of their incredible tale and resolve. Molly had made some progress, but there were complications – she was reluctant to walk and carried her head to the right. 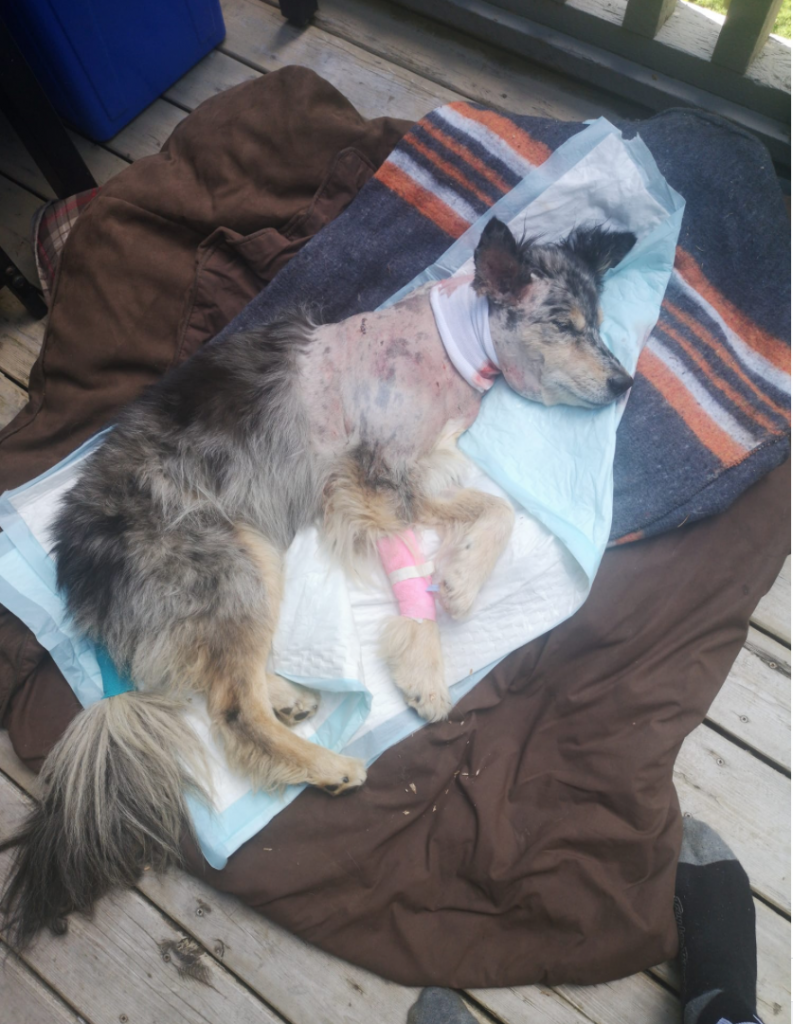 The big questions that loomed were whether she could make enough of a recovery to be comfortable, and whether there was a traumatic brain injury or damage to her spinal cord or nerves.

Arrangements were made via Canada West’s Jessie & Bandit Fund for Molly to be examined by neurologist Dr. Parent and a CT scan of the neck and head was done.

Amazingly enough, no traumatic brain injury was noted nor was there evidence of spinal cord injury. Molly was discharged at night with instruction on slow rehabilitation, a longer course of antibiotics as well as pain control medications.

We wish Molly a full recovery and as always, we are deeply grateful for and touched by the generous donations to the Jesse Bandit fund that allow us to help in traumatic cases like this one.