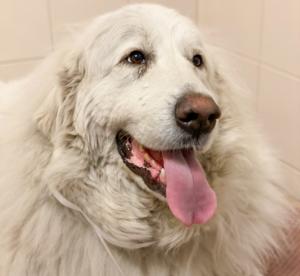 Sophie was a happy and healthy 4-year-old Great Pyrenees until she began urinating blood in December of 2019. She was initially seen by her family veterinarian, where several tests were performed to rule out more common causes of bloody urine such as a clotting disorder, urinary tract infection and urinary stones. When an obvious cause was not found, she was referred to the Internal Medicine department at Canada West Veterinary Specialists.

Sophie had a CT scan and cystoscopy (scoping of the urinary system) performed and was diagnosed with a rare condition called “Idiopathic Renal Hematuria” (IRH). IRH occurs when a blood vessel in one or both kidneys begins to bleed for no identifiable reason. Over time, this can lead to anemia requiring blood transfusions or obstructions from blood clots. Because these complications can be life-threatening, treatment is generally recommended. Historically, removal of the affected kidney was used to treat IRH in dogs. Because about 20% of dogs have or will develop involvement of both kidneys, this is no longer recommended. 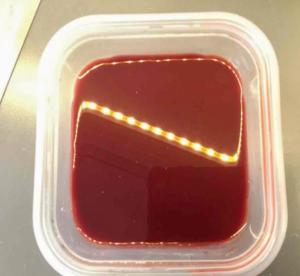 Sophie’s urine before her procedure

Luckily for Sophie, a new minimally invasive procedure called sclerotherapy has been developed which allows treatment of IRH without removing the kidney. Sclerotherapy involves a combination of surgery, scoping and fluoroscopy (moving x-rays) to access the affected kidney so that a chemical irritant (such as iodine) can be instilled to chemically cauterize the bleeding vessels. After the procedure a temporary stent is placed in the ureter (the tube that connects the kidney to the bladder) to protect it. 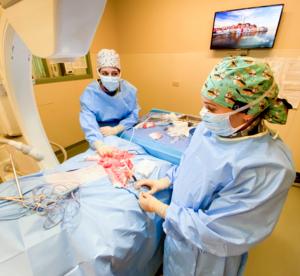 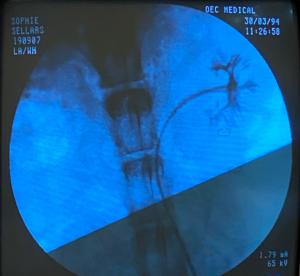 Left: Dr. Adelman and her assistant Serena performed sclerotherapy
Right: Fluoroscopy image of the kidney during the procedure

Sophie was the first dog in Vancouver to be treated with sclerotherapy. She did very well and spent one night in hospital after her procedure. Her urine was visibly clear at the time of discharge the following day! 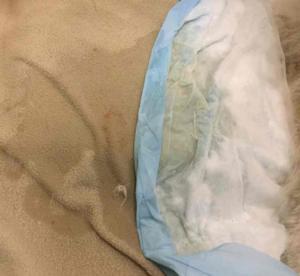 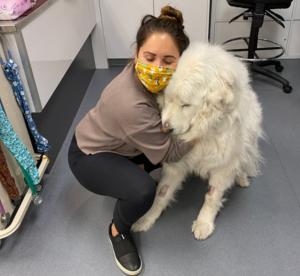 Left: Sophie’s urine after her procedure
Right: Sophie and her doctor Lauren Adelman before she went home

Sophie was seen back for her one month recheck at which time her ureteral stent was removed via cystoscopy and there was NO evidence of bleeding seen! Her owners report she is doing great at home and is back to getting into trouble with her brother Soda. GO SOPHIE! 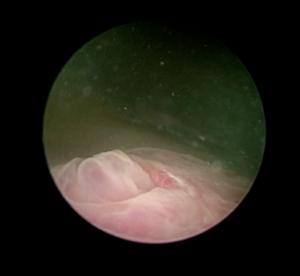 Sophie and her family