Luna is a 2-year old cat that was presented to Canada West Veterinary Specialists on June 26, 2020, after being attacked by a coyote.

She was let outside around 4 am along with two other cats in her household. When the two other cats returned, Luna was nowhere to be found. Her owner went outside to look for her and saw a coyote on top of her. He was able to chase the coyote away and then brought Luna in for emergency care.

Luna was in shock and semi-comatose when she arrived. There was evidence of a crush injury to her head with several lacerations, including to the eye, the eyelid and the neck. There was concern that she might have severe brain damage but she was also in shock. We needed to stabilize that first in order to assess the extent of her injuries. 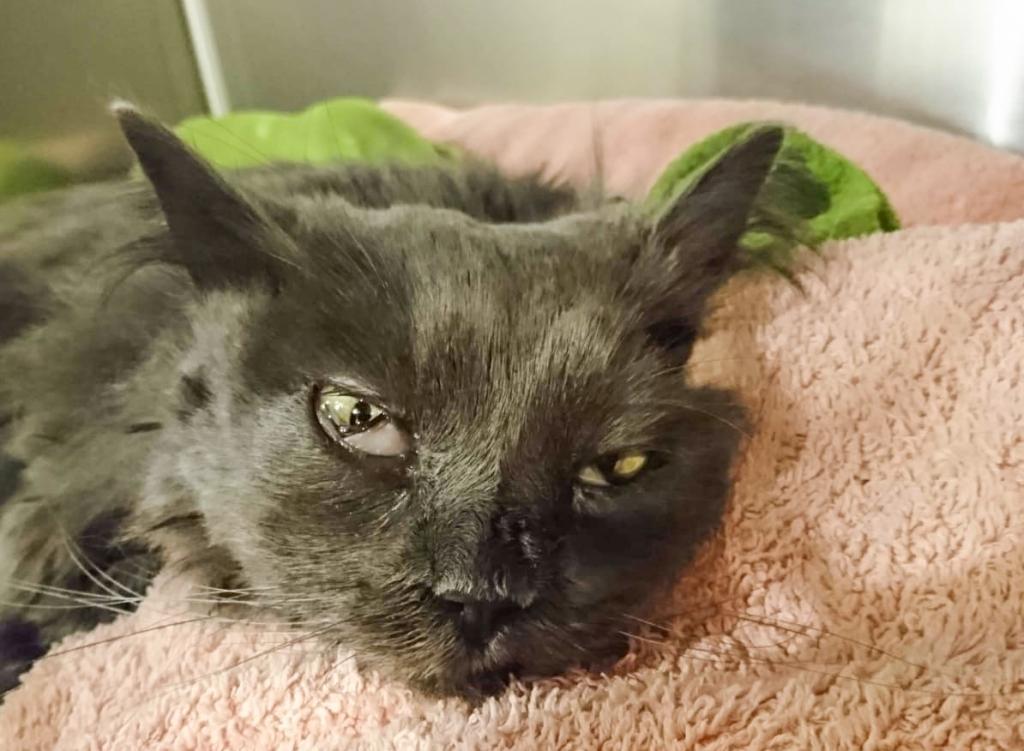 Once she was recovered enough from the shock, she still had evidence of brain injury. She remained mentally dull (minimally-responsive), she could not stand, her head and face were swollen and she had a small puncture wound on the left side of her head.

The CT scan showed clearly that a tooth had punched through the bone of her skull on the left side, leaving several, small fragments of bone pressing on her brain. Although these fragments could potentially have been elevated or removed via surgery in order to relieve pressure on the brain at this spot, her condition improved so rapidly with no signs of local infection of this area that we decided to continue to monitor her instead of going to surgery. Repeated ultrasounds were done to confirm that no infection arose.

This proved to be a good medical decision because after just 10 days she has improved to the point where she can go home despite still being a little unsteady on her feet. She can eat and drink on her own and continues to improve daily. 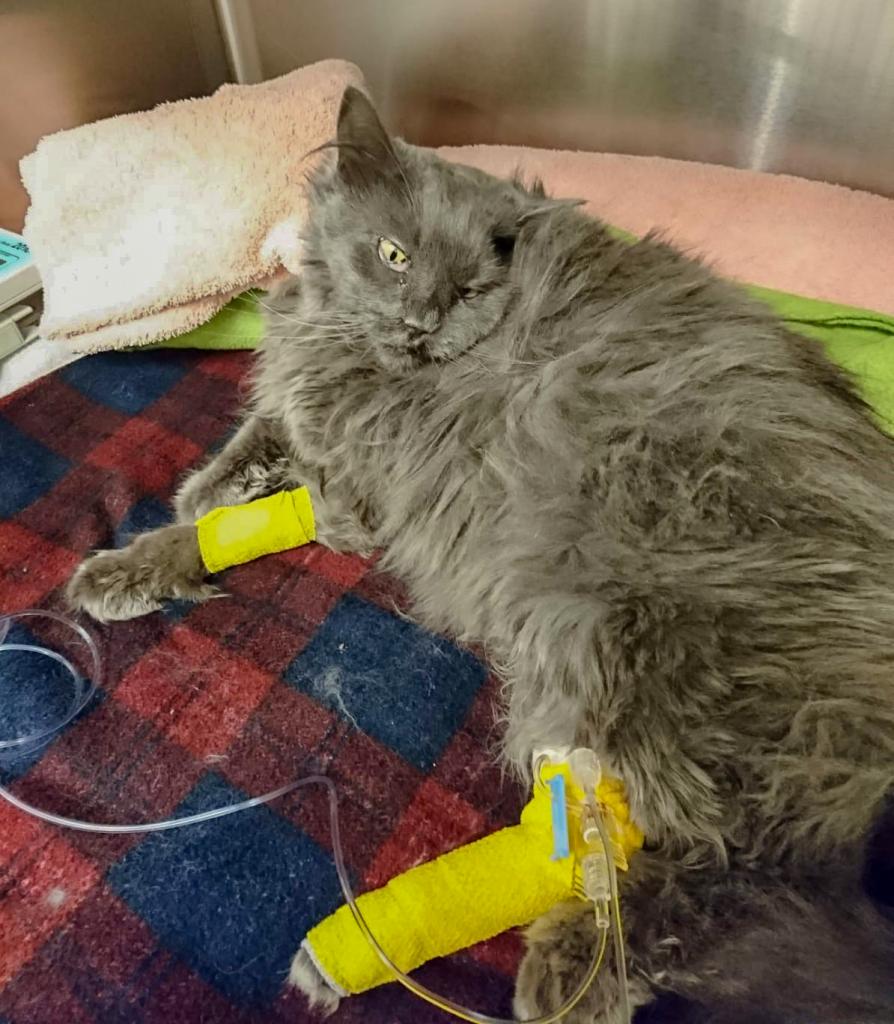 There is really no “safe” time of the year for small dogs and cats to go outside to roam freely because we co-exist with coyotes. Pets may, however, fall prey to attacks because coyotes may be hunting to feed their pups. Read more here.

The coyote society also noted an increase in sightings this year in February and March, possibly because that is the start of the denning season or possibly because of added effects of Covid-19.

You can follow media coverage of Luna’s case via the following links: