Given Canada’s new status as the second country worldwide to legalize recreational use of marijuana, it is important for veterinarians to weigh in on the risks that marijuana can pose to our pet patients.  While the change in legislation may be welcome on the human front, our concern is that people may be more prone to thinking that it is harmless or even beneficial to give marijuana to their pets. 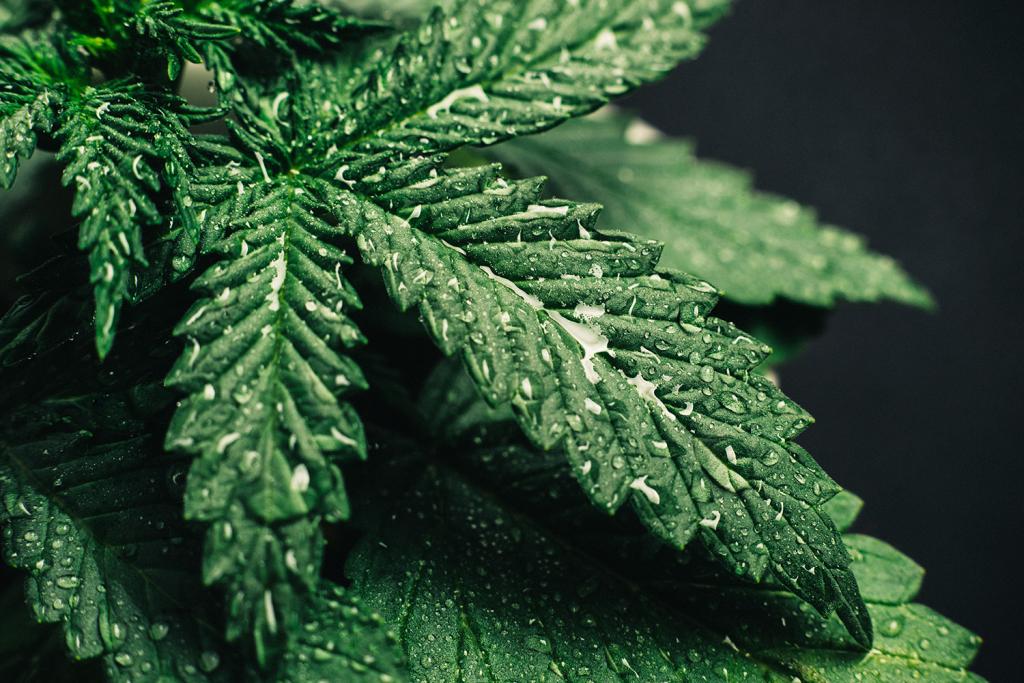 The 24/7 Animal Poison Control Center cites a study from Colorado (where marijuana has been legal for medical use since 2005) and describes their increase in case load:

A veterinary study from Colorado published recently by the Journal of Veterinary Emergency and Critical Care reported a four-fold increase in the number of dogs treated for marijuana intoxication between 2005 and 2010, following the legalization of medical marijuana in that state. Similarly, over the past five years Pet Poison Helpline has experienced a 200 percent increase in the number of cases for pets that have ingested marijuana.

“The trend we’ve seen in recent years involving pets and marijuana is significant,” said Ahna Brutlag, DVM, MS, DABT, DABVT and associate director of veterinary services at Pet Poison Helpline. “Of all illicit drugs, marijuana has always been responsible for the most calls to Pet Poison Helpline, but this recent increase is the sharpest we have ever seen.”

Marijuana toxicity in pets is real.

Dogs can have a more severe reaction than humans to THC as they have more cannabinoid brain receptors.

While many of the cases seen by family vets show relatively mild symptoms, (sedated dog, low heart rate, dribbling urine, difficulty walking) the cases that require treatment at emergency and critical care hospitals can be really serious (vomiting, exaggerated response to stimulus, coma and death).  The signs can occur within minutes or hours and can last for hours to days depending on the amount and the form ingested.

In the video below, the extremely distressed patient was treated with extracorporeal blood purification (charcoal perfusion).  A specialized filter was used to remove the already absorbed THC from the bloodstream after the patient did not respond to conventional treatments. (While this dog did make a full recovery, his experience was clearly traumatic and is the type of situation we hope few will ever experience).

Warning: This video depicts a dog in extreme distress due to marijuana toxicity and may be disturbing to viewers.  Viewer discretion is advised.

How do pets get into marijuana?

The toxicities we have seen up to now have largely been due to accidental exposure.  Dogs have been known to eat marijuana leaves, buds, joints and roaches left unattended, and often cannot resist edibles, food made with marijuana. A dog is not likely to take a pass on a tray of brownies, which on its own could cause problems, but laced with cannabis could be fatal.  Dogs are curious creatures, who explore their world with their noses and mouths, and anything left in an accessible location is not safe from their curiosity. Anything that bears the smells of the owner/guardian can also trigger some dogs to be interested in further exploring. 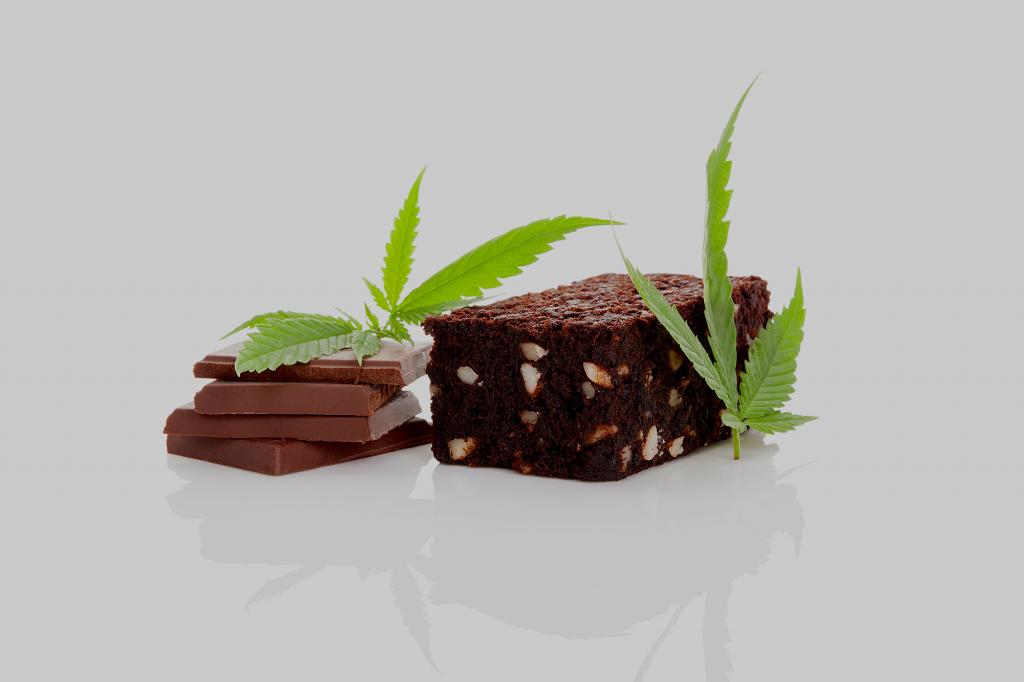 Newer marketing concepts like gummy bears and candies pose an even higher risk of accidental marijuana exposure for both pets and children.

As in most accidental exposures, an ounce of prevention is worth a pound of cure…make sure products are not left within easy reach of pets (and children).

What about the use of CBD (Cannabidiol)?

Most of the use of CBD and treatment success at this point is based on anecdotes.  While no study has been published on use of CBD for the treatment of seizures, chronic pain or anxiety, preliminary data from the University of Colorado is promising. 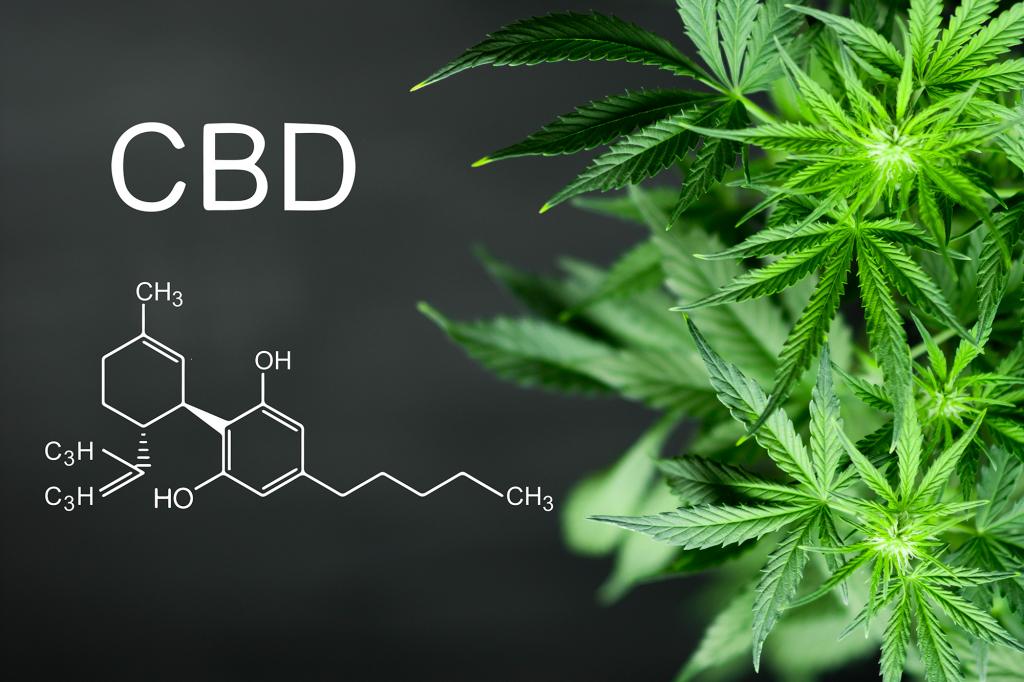 Currently problems in inconsistent concentrations and labeling of Cannabidiol products in the states has resulted in concerning health problems especially in children Researchers analyzed the content of 84 cannabidiol (CBD) products purchased on the internet and compared the results to their advertised concentrations. Products were mislabeled with 26% containing less CBD than labeled and 43% containing more, indicating a high degree of variability and poor standardization of online products. In addition to CBD mislabeling, Δ-9-tetrahydrocannabinolic acid (THC) was detected in 21% of samples. (Pediatr Neurol Briefs. 2018; 32: 3. Inadequate Regulation Contributes to Mislabeled Online Cannabidiol Products)

In summary, these are some of the pros and the cons for us as veterinarians treating affected animals given the recent changes to Canada’s marijuana laws:

Given that ingestions of other noxious substances can mimic some of the signs of THC intoxication, the fact that cannabis is now legal for recreational use will hopefully allow veterinarians who deal with a pet who does not appear in a normal state of mind to obtain a more accurate history and be more direct about it.

Altered mentation is a broad use term used to indicate an animal in an abnormal state of alertness or awareness of its environment where we don’t know its causes. Other potential culprits for altered mentation?  Chocolate, amphetamine-like compounds (such as Adderall or Ritalin) or Antifreeze.   All are potentially able to afflict serious harm depending on the amount ingested and time from ingestion. It is more expensive to cast a wider net to try to identify why the pet appears to have ingested a toxin but not know the toxin.

Even if we did not report to authorities what was revealed in the patient histories, in the past people were hesitant to disclose the possibility of an illegal substance. We often had to dance around the subject and get interesting theories if it was suspected:  e.g. “the pet may have gotten into the neighbour or neighbour kid’s stash” or that “some crow may have dropped a roach picked up in its travel in the yard…” We are hopeful that this issue will be reduced now that recreational cannabis is legal.

Instead of personal experience and anecdotes in support for the use of CBD oil or medical marijuana, we are hoping there will be more conclusive studies so that we can add it to the arsenal of tools used to treat pain, perhaps nausea associated with cancers and chronic renal failure and potentially seizure disorders.  Currently Health Canada does not approve the use of cannabinoid medications for veterinary use.

In the meantime, extreme caution should be taken before deciding to treat your pets with something that has the potential for harming rather than helping. ***consult your veterinarian!

We anticipate more animal exposure to edibles (e.g. a child ingesting marijuana laced gummy bears recently in Comox, BC that had to be airlifted to another hospital). Without awareness and vigilance, these types of scenarios are more likely to happen as has occurred in states that legalized marijuana in the recent past. This is a reminder that pet parents should be especially careful with cannabis-infused edibles, treating them with the same care as they would prescription drugs.

We anticipate that there will be slightly more elevated risk of dogs picking up discharged marijuana “butts” (aka “roaches”) in parks and other public places.

On a final note, regardless of legality, dogs should never be allowed to get stoned on purpose. Putting a pet in this situation is dangerous, abusive, and potentially fatal.