Back in 1999, the ASPCA APCC (Animal Poison Control Centre) first reported on the poisonous nature of grapes to dogs when they noticed a cluster of dogs that became seriously ill after eating grapes or raisins. In the ensuing two decades veterinarians have diagnosed many cases of grape and raisin toxicity in dogs, but the actual toxic agent was unknown. Was it the seeds, the skin, or pesticide on the skin? These were all eliminated as causes, and the reason for grape poisonings in dogs remained elusive. To deepen the mystery, the degree of illness was inconsistent between cases. In comparison, when we look at other substances that are toxic to dogs such as chocolate, antifreeze (ethylene glycol), or Ibuprofen, we find that the toxic doses per kilogram are consistent (although with chocolate we also have to factor in the concentration as well — i.e. 90% dark chocolate is more toxic than the 60% variety).

Twenty years later, four veterinarians (two from the same ASPCA APCC) noted a pattern of dogs exposed to potassium bitartrate (cream of tartar) exhibiting similar clinical signs to grape and raisin toxicosis (acute vomiting and kidney failure). In one dog that had eaten home-made play-dough (made with cream of tartar) and subsequently died, microscopic changes noted in the kidney were also similar to those previously found in grape and raisin poisonings. They also noted that the Animal Poison Control Centre had reports of severe vomiting and acute renal failure in dogs following large exposures to tamarinds, which are also uniquely high in tartaric acid.

These findings about the potential role of tartaric acid in grape and raisin toxicity have just been published as a letter to the editor in the latest issue of the Journal of the American Veterinary Medical Association. The authors propose that tartaric acid and its salt, potassium bitartrate, are the toxic principles in grapes leading to acute kidney failure in dogs.

The wine making industry has long known that tartaric acid levels in grapes vary in concentration with type, growing conditions, and degree of ripeness, which may explain why it has been so hard to pinpoint the toxic dose and predict the outcome for dogs that have eaten grapes based on the amount consumed.

While further investigations would be required to lend more proof to their proposal, it is an exciting lead, which may well someday lead to clinical relevance, and perhaps the ability to estimate a toxic dose based on the type of grape and its tartaric acid content.

In the meantime, keep your dogs away from grapes, raisin or raisin-containing foods, as well as homemade play-dough/cream of tartar. 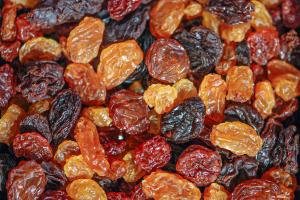 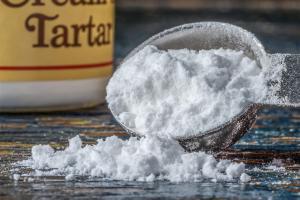